Agriculture is one of the four pillars of the economy and it is one of its vital components since Cambodia is still to a great extent a rural country. In 2018, according to the World Bank, the urbanization rate was 23.4%; as a result, 76.6% of the population was still living in the countryside. The agricultural sector accounted for approximately 20.7% of the GDP in 2017 and 37% of the Cambodian workforce, despite a decline being observed over the past few years due to economic development. The World Bank estimates that more than five million people depend on agriculture and fishing for their livelihood, to supplement their income and support their food security. Agricultural development has benefited from Cambodia’s geographical assets. Most of the population is concentrated in lowlands and hills where freshwater (from rivers, lakes, and underground sources) is abundant. In addition, Cambodia enjoys favorable climate conditions thanks to heavy rainfall during the monsoon season (May to October), with temperatures remaining high during the period. These conditions are ideal to cultivate rice, cassava, rubber, and many tropical fruits.

The growth in the sector has shown signs of slowing down in recent years, with the average annual growth rate being 1.07% between 2013 and 2018. There are several explaining factors, such as the lack of investments to enhance land productivity, underutilization of fertilizer, low human capital, and the negative effects of climate change.

Agriculture is dominated by the cultivation of rice

In Cambodia, the primary agricultural commodity is rice, which includes high-quality strands. The Phka Rumduol variety of fragrant rice was awarded the “best rice in the world” award in 2012, 2013 and 2014.  In 2019, rice contributed to half of Cambodia’s agricultural GDP and, with 620,000 tons exported in 2019 (US Embassy), Cambodia is one of the top 10 rice exporters in the world. However, the total area dedicated to rice cultivation declined from 86% in 2002 to 74% in 2011, as a response to the higher profits generated by other crops which include cassava, maize, mung bean, rubber, sugar cane and soybean. A certain number of investments in tropical fruits (mango in particular) have been undertaken recently. At the same time, several development agencies and international organizations have implemented programs to encourage farmers to yield several crops to diversify the risks. 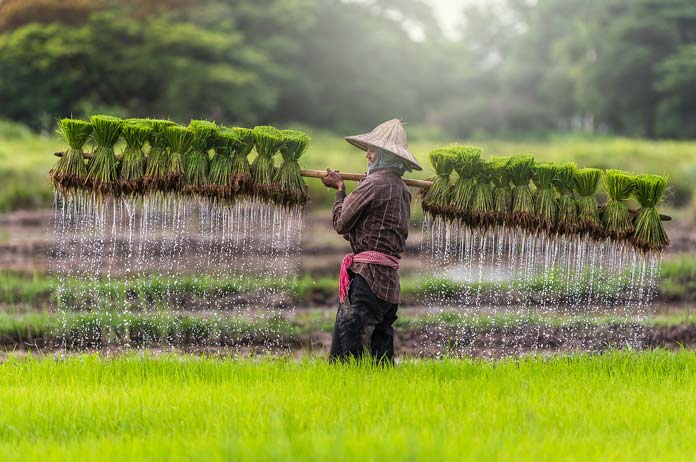 Agriculture has the potential to be a strong engine for economic growth and food security in Cambodia. Changes are being observed since there are modernizing processes to enhance land productivity. Nowadays, the growth of the sector is no longer driven by increases in agricultural land but rather by a combination of increased yields and higher productivity thanks to mechanization. The use of machinery has had a great impact in supporting production, especially for land preparation, planting, and harvesting. Over the last few years, tractors and power tillers are replacing cattle in plowing activities. According to the Minister of Agriculture, in 2018 the use of plowing machines reached 96.86%. Agricultural cooperatives purchase machinery to make its use more accessible to small farmers. Mechanization is still ongoing, since the use of implements (such as seeders, reapers, sprayers, or harvesters) is still relatively limited and it’s considered as a business opportunity.

Better inputs, especially seeds and fertilizers, are needed, since more and more farmers aim to develop multiple crops and high-productivity yields. According to the World Bank, vegetables and fruits were the most profitable crops to produce in Cambodia. The country, however, continues to import greatly from neighboring countries, the Cambodian production only meets an estimated 30 to 40 percent of domestic demand. There is a demand for seeds, in particular high-quality seeds. A large majority of farmers are still using their own seeds from previous harvests, which is not a very productive solution. The seeds will also contribute to more diversification and meet the local demand of certain crops such as fruits and vegetables. The market of domestic seeds is dominated by NGOs and the Cambodian Agricultural Research and Development Institute (CARDI). As a result, the domestic seed production is potentially a great investment opportunity, given the low level of competition. Irrigation is still limited, despite the common knowledge that dry-season crops require the development of irrigation techniques; this would also increase farmers’ revenues. Current irrigation projects are mostly on a large scale. However, small-scale individual pumps have also been identified as a promising trend of the irrigation sector because of their great potential. Access to irrigation technology for small and medium scale farmers will enable them to cultivate dry–season rice or pursue double or multiple crops growing. Doing so will also mitigate climate change consequences, risk of poor yields or even crop failure. From an economic perspective, the current development of irrigation is expected to continue since it adds value to agricultural land. Between 2005 and 2013, the average price of Cambodian land (in general) has increased by 7 times.

Organic agriculture remains a niche in Cambodia, however more and more locals have become aware of the potential negative long-term effects of some practices in traditional commercial agriculture, such as the use of chemicals. Stores selling organic fruit and vegetables are becoming more and more popular, especially among the growing middle-class in Phnom Penh. This trend shows consumers are willing to pay higher prices for organic produce. At the same time, very few farmers have obtained a reliable organic certification, while the domestic demand is growing. Organic agriculture in Cambodia has great potential for investment opportunities. 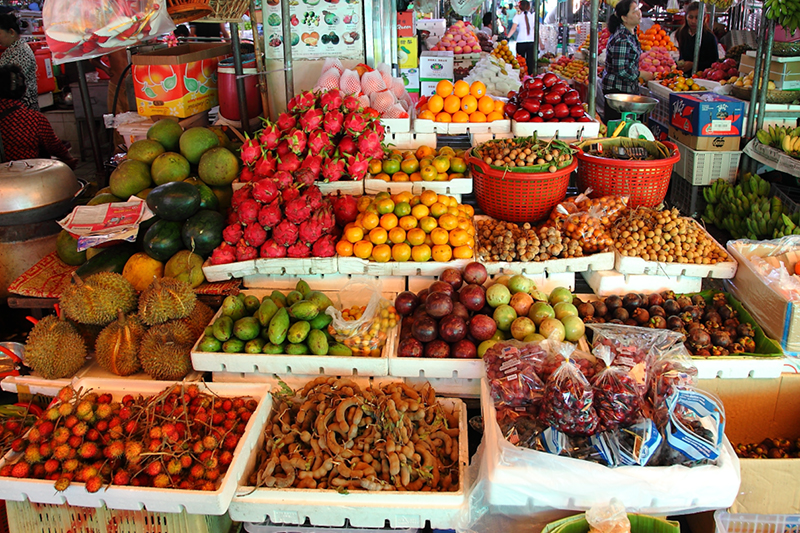