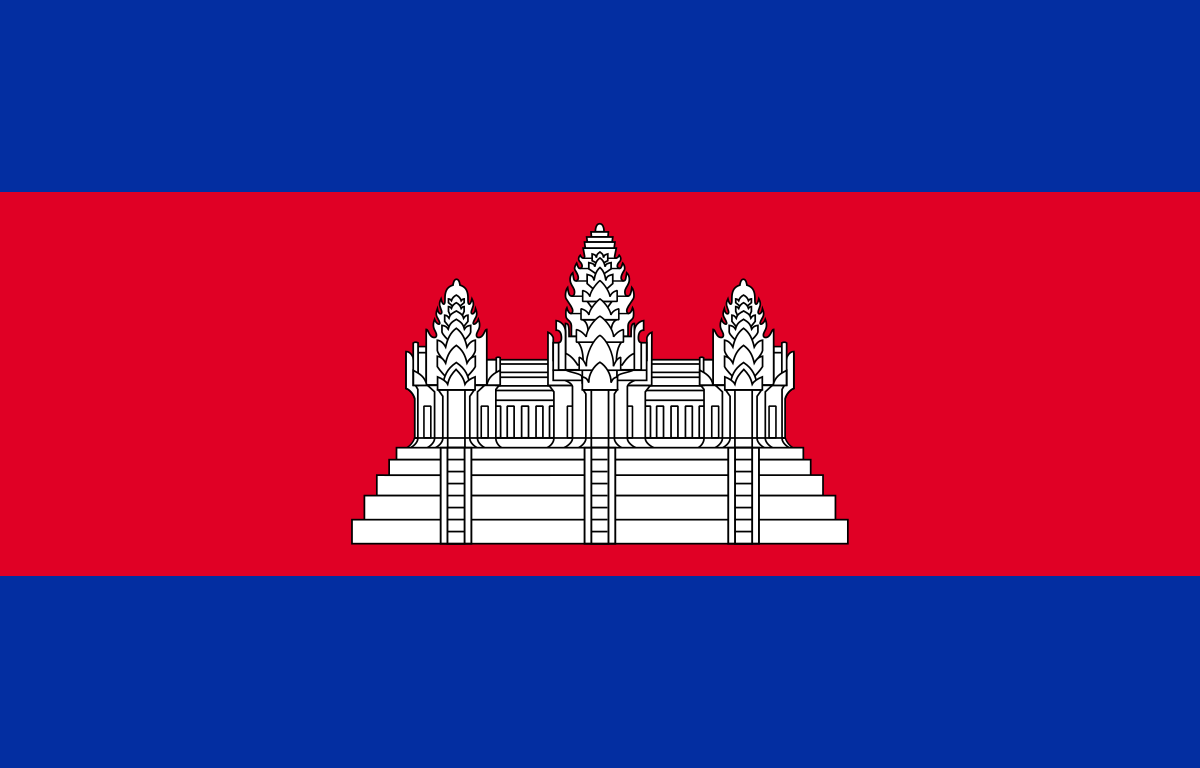 Introduction:
Cambodia, located on the Indochinese mainland of Southeast Asia, is a land of
plains and rivers that lies amid important overland and river trade routes linking
China to India and Southeast Asia. Cambodia is bordered to the west and
northwest by Thailand, to the northeast by Laos, to the east and southeast by
Vietnam, and to the southwest by the Gulf of Thailand.

Major Cities:
Phnom Penh, once known as the “Pearl of Asia”, is the capital and largest city of
Cambodia. It is an economic, commercial, cultural and tourist center. Battambang is Cambodia’s second-largest city and the capital of Battambang Province, which was founded in the 11th century. It is a secondary hub along the overland route between Thailand and Vietnam. Siem Reap is a vibrant city where the glorious 12th Century Angkor Wat temple, the largest religious building in the world and a UNESCO World Heritage Site, is located.

Economy:
Driven by garment exports and tourism, Cambodia’s economy has sustained an
average growth rate of eight percent between 1998 and 2018, making it one of the fastest-growing economies in the world. While easing slightly, growth remained strong, estimated to have reached 7.1 percent in 2019, after the better-than-expected growth rate of 7.5 percent in 2018. The agriculture and service sector make up the bulk of the Cambodian economy. Major agricultural products are rice, rubber, maize and cassava. The major industry of the manufacturing sector is apparel products, which make up the export sector. While the Cambodian economy continues to suffer from the impacts of the COVID-19 pandemic, there are signs that economic activity is beginning to pick up. According to the World Bank’s latest economic update for Cambodia, the economy was projected to contract by two percent in 2020 but is expected to bounce back and grow by four percent in 2021.

Foreign Trade:
Both exports and imports have been expanding as a result of the high economic
growth of Cambodia. The primary export product is apparel and the major import
products are textiles, petroleum products and vehicles. Although total
manufacturing exports have been hit by the pandemic, exports of bicycles,
electrical parts and vehicle parts and accessories are rising, and exports of rice and other agricultural commodities have surged. Domestic tourists have supported a partial recovery of the travel and tourism industry. Foreign direct inflows to projects in non-garment industries and agriculture have been rising, likely attracted by Free Trade Agreements.

Tourism:
The most important service activity in Cambodia is tourism, and it is one of the
major sources of overseas investment and the fastest-growing segment of the
economy. Tourism is an important source of revenue as well as foreign exchange and has helped mitigate the effects of large trade deficits. The number of tourists visiting Cambodia steadily increased from 2.9 million in 2011 to around 5.6 million in 2017. Due to the COVID-19 pandemic in 2020, international arrivals contracted by 74.1 percent in September 2020. Domestic tourists, however, have supported a gradual recovery of the travel and tourism industry in Cambodia. Thanks to the return of domestic tourists to the main tourist destinations, Cambodia’s tourism and travel sector has, since the second quarter of 2020, gradually recovered. Given expected lingering negative impacts of the pandemic on international travel, the tourism and hospitality industry will be dependent almost entirely on domestic travel and tourism activity for the foreseeable future. The industry is currently adapting to the post-lockdown travel and tourism services demanded by domestic visitors.