Rapid development in the Kingdom of Cambodia has had long term implications on the health of its citizens. Cambodians are living longer and healthier lives, and infant mortality has dropped. As a result, the country is now benefiting from a young, growing and motivated population – optimistic about a future in which they are likely to realize a higher income, and a higher quality of life than that achieved by their parents.

From 1980 to today, Cambodia has been highly successful in reducing its infant mortality from 116 deaths per 1000 people to just 31, and the average life expectancy of a Cambodian citizen increased from 54 to nearly 70 years. This has led the population to more than double since 1980 – to over 16.2 million today. By 2030, the Cambodian population could reach 20 million. Cambodia’s population demographics are now comparable to those enjoyed by the “baby boomer” generation in the western world. The percentage of the population under 30 years is over 65%, the working age population is expanding every day, and those over 60 represent less than 10% of the population. Cambodia was one of few countries able to achieve most of its health-related Millennium Development Goals (2015), with dramatic reductions in cases of communicable diseases such as HIV, Malaria and Tuberculosis. Cambodia has also increased its score on the United Nations Human Development Index (HDI), which measures a basket of indicators including life expectancy at birth, expected years of schooling, mean years of schooling and GNI (gross national income) per capita. However, although the HDI score of the Kingdom has improved, it’s ranking relative to other countries has remained relatively stable – currently 146 of 189 countries – suggesting it has increased in line with global trends, as opposed to outperforming them.

As Cambodia’s economy develops and the lifespan of its citizens lengthens, the country will face increasing demand for better quality healthcare services, and for treatments to those non-communicable diseases traditionally prevalent in the west; for example, diabetes, Alzheimer’s and cancer. It will take time for this transition to occur, but by 2050, it is expected that the number of elderly (over 60) will reach about 5 million. This will represent around 21% of the 2050 Cambodian population, and bring new challenges to Cambodia’s healthcare system. Today, in terms of total health expenditure (THE), Cambodia’s healthcare sector is characterized by high levels of out-of-pocket expenditure (67% in 2015), relatively low government expenditure (around 20%), and an ecosystem of external donors who contribute the remaining 13% of spending (around 30 development partners and over 160 nongovernmental organizations are active). For example, American NGO Population Services International (PSI) has activities focused on reducing cases of child mortality, HIV and Malaria – but it is also one of the leading suppliers of condoms in the Kingdom – maintaining a significant share of the market.

This said, increases in Cambodia’s overall budget have promising implications for the public healthcare sector. Facilitated by an increasingly efficient tax department, and an increase in taxable imports and exports, the overall government budget grew to $6.8 billion in 2019 (from $3.8 billion in 2015). The government now aims to increase its share of THE to 30% – and indeed between 2017 and 2018 there was a 16% increase in government healthcare spending. Looking forward, Improvements in the training standards for healthcare workers, the management of healthcare data, and in the legal and regulatory framework related to healthcare provision are all key priorities of the Third National Health Strategic Plan.

For now though, the gap left by government healthcare spending has created opportunities for private healthcare providers. There are several promising examples of investment in hospital management, dentistry, pharmaceutical distribution, and medical device distribution. 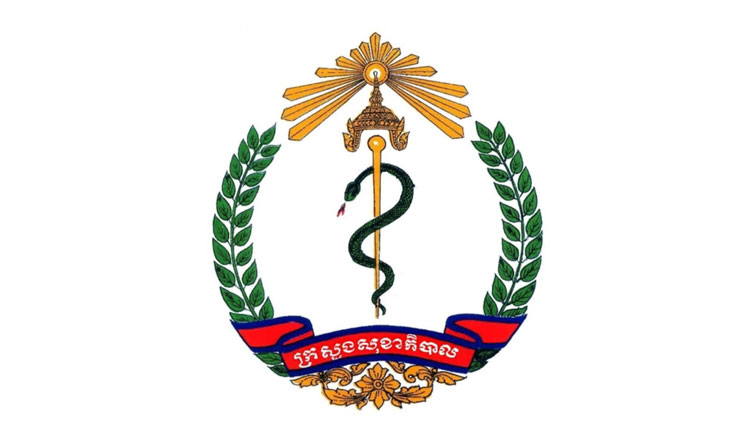 Cambodia has a mixed healthcare delivery system involving both public and private health providers. As a member of the WTO, Cambodia allows for the establishment of 100% foreign-owned hospitals with a single requirement that one of the directors must be Cambodian. This framework has been utilized successfully by foreign investors from Thailand, Japan and Vietnam to establish foreign owned hospitals in the Kingdom. These hospitals are all located in Phnom Penh.

Cambodia has developed a robust and successful dentistry sub-sector, with around 20 dental clinics offering internationally certified standards of care in Phnom Penh. As a result, Cambodia has become an increasingly popular destination in Southeast Asia for dental tourism. Some clinics make 90% of their revenue from foreign patients – to the extent that several medical tourism agencies actually promote “Dental Holidays” in Cambodia.

Rising incomes have encouraged several European pharmaceutical firms to enter the Cambodian market, many of which were previously present in other ASEAN member states before expanding to Cambodia. Imports of pharmaceuticals have been increasing, and this trend is expected to continue. One Indian pharmaceutical company recently established a factory to manufacture for, and distribute to the domestic market, and sector experts expect that total imports will surpass $ 400 million in 2021.

According to the Ministry of Health, in June 2019 there were 2,516 registered pharmacies, 405 drug import/export companies and 19 medical manufacturing institutions in Cambodia. The government has committed to strengthening the fight against parallel imports and counterfeit products – which are consistently mentioned as a concern by distributors of pharmaceuticals in the Kingdom. Although domestic production of medical devices remains negligible, the market for imported medical devices has grown. Demand is currently driven by several new private hospitals and clinics, but more are expected to open in the future. The sub-sector sees significant sales potential in diagnostic devices and imaging equipment such as ultrasound machines, x-ray machines, and CT scanners. For now, foreign device manufacturers may find a welcome (but small) market in Cambodia. North American, European and Japanese products will in particular benefit from a reputation for high quality amongst the Cambodian population.